P&P is a wondrous tale between Lizzy Bennet, the skeptic and stubborn daughter of the Bennets, and Mr. Darcy, the handsome friend of their newest neighbor.

Mr. Darcy deems Lizzy quite pretty but recognizes that she’s not from the same of social status of him, therefore the dismissive attitude he poses towards any possibility of romance between them. He coldly expresses it to his friend, Mr. Bingley, mentioning that Lizzy is tolerable, but not nearly handsome enough to tempt him. A scornful statement which is unfortunately overheard by Lizzy.

Feeling insulted, Lizzy then promises herself that she would never be nice to the rude and unkind Mr. Darcy. Yes, he’s very handsome, but doesn’t good character matter more than physical attraction? Besides, Lizzy also hears on the grapevine concerning various unpleasant things about Mr. Darcy, including his possibly malicious past.

Prideful Mr. Darcy won’t admit that Lizzy piques his interest while Lizzy is too busy clouding her judgment of him with prejudices, hence any possibility of romance is now truly ruled out between them. Or, is it not?

This is my first time reading P&P. It’s crazy, I know. It’s like everybody must have read this some tens years ago. Lol. And since everybody but me have the story off the top of their heads already, I hope we’ve passed spoiler by a long way now.

So, first thing first. P&P is both what I was expecting and what I wasn’t. It is basically an old romance as I expected, but it is also much more!

P&P is in itself not only a story, but is also a calling for movement. A movement which much later on would be known as emancipation. I believe the book has truly helped to put so many things in perspective. Through Lizzy and Mr. Darcy’s circuitous love journey, I, for one, can see where our today’s culture originated from, and how far we’ve actually come since then.

Back in P&P setting, circa 1800, women were not entitled for their feelings. Their sentiments were supposed to be a reflection of a male partner’s. Girls were obliged to show ‘good’ manners, which means to always be reserved and never to be assertive. In plain English, they were to do as they were told, no questions asked. During those times, to marry someone was generally the life goal of women, and to be able to tie the knot with somebody rich was such a commendable achievement. Sadly, this demeaning and stunting stigma of women was equally instilled in both genders.

In 2020, I hope it’s safe to say that, giving a woman’s voice its deserved weight is almost a standard practice. And for this, we, women, should really thank our prescient predecessors like Austen. By way of juxtaposing liberal ideas like of Mr. Bennet’s and Lizzy’s with the most conservative force of Mrs Bennet’s, Austen brought up the possibility of a different way for women to lead their lives. To orthodox eyes, this manner might look obstinate, but the right question is, is tenacious really such an abominable thing for a woman to be?

Even after hundreds of years passed, and so much has changed, there’s still vestige of bygone discrimination. It’s a fact that women today are still struggling to reach an equal position as our gentlemen in many ways. Say, in politics. It’s been proven real hard to peel off the ingrained believe that women can’t lead. Women are said to be too emotional to chief, and we are supposed to perpetually second men. And for labors that women have evidently performed for as long as human history goes, they have been dismissed as lesser works. Like giving birth, bringing up children, and working as a homemaker. We are dissed for being breadwinners, and we are deemed less for staying at home. There’s no right way for us. It’s been always shit-choices for us, and it doesn’t have to be.

To begin with, Old English language might come as beautiful to some linguistic experts, but it reads only strange and sort of a bit cryptic to a layman like myself. Thus, I am beyond grateful that Austen had bothered with the hassle to put so much explanation in the novel. She patiently expounded the customs of that period, while also often rephrasing the same event twice or sometimes even more! Just in case somebody is too imbecile to understand the first time. And guess what, I was one of the dolts!

Also, there’s so much to say on how greatly today’s romances look up to old literatures like P&P. And I am not only talking about books here. The student-copy-teacher signs can as well be seen in kdramas’ common chivalrous male protagonist. The typical rich and handsome man who would go at length to make a huge sacrifice for the woman he loves in secret? The shy and decorous female lead that would always be discreet about the feelings and excitement she possesses? I don’t know how to feel now that I see these things as clues of archaic intolerance. These are things that clearly are not supposed to be celebrated, yet in these days, believe it or not, we still do, even if, absent-mindedly.

By the way! Speaking of k-dramas, that Lady Catherine really needs to learn from the villainous ahjummas on how to scheme. She surely does a shoddy job at it!

Another thing is how significantly writers have transformed their styles since those days. Stories today are charasterically neater and contemporary plots are more solid. The going-around custom that people from 1800s adopted is richly shown in Austen’s storytelling style, where she’d tell lengthy side stories which serve a little to the main plot, or where the plot would take the far and winding alternative road to endpoint. These are stuff that are rarely found in contemporary romances. I dare say it’s an enhancement that we now tend to do it differently, if not oppositely.

Yet one question. What would it be like, if our progeny read our contemporary novels? Would they be confused, or would they easily get everything in the story? Will we be able to provide as good as a job Austen had done?

Generally, I am beyond grateful that we no longer need to impose the ingratiating manner at all times. I imagine that must have been exhausting. And the indirect way of expressing love also seems very taxing to me. Having to hold an expensive ball only to mingle with opposite genders? Not appealing. Puzzling with enigmatic conversations and getting busy with ‘spouse-haggling’? Well, I am just glad that we can take so much shorter route to connect with people now, and articulate our thoughts in a more straightforward manner.

Last but not least, anyone else thinks that the title Pride and Prejudice clever? Cause I think it’s brilliant. If Pride and Prejudice really want to find their love, it’s just natural that they really need to go round and round first, because Pride won’t deign to love somebody below him, and Prejudice won’t see the man as who he is.

20 thoughts on “Pride And Prejudice Commentary” 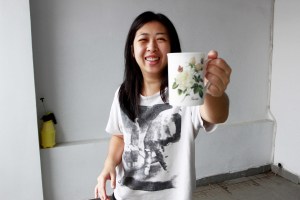